When I got off the plane in Brisbane, I thought my life was going to change.  And it did.

What I remember about home (Iran) is being at high school speaking Persian, but at home everyone was speaking Arabic; so I had to speak both Arabic and Persian.  I remember going out with my Mum to the shops around New Year’s and everywhere was full of people.

After we left Iran, we went to Indonesia.  We were traveling between Indonesia and Australia and the boat sank.   My Mum and my sister died.

In Indonesia, I didn't really have access to a proper high school education.   I had to pay to study and we did not have much money or support.

I remember being ten years old in Indonesia.  I was singing while I was washing the dishes.  Someone came to the kitchen and said, “Is that you, the singing?”

They said “Oh my God, you're so talented."  They said "You have a soprano voice. You can be an opera singer."

But I thought everyone sang like that. I didn't know what he was talking about. 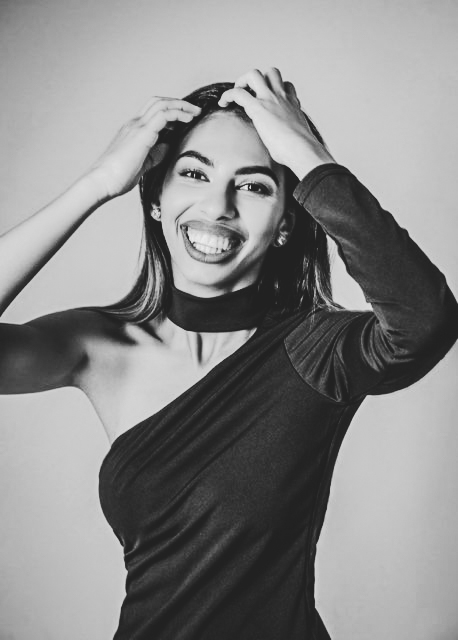 My hope for the future is to be an opera singer; to be a superstar.

When I came to Brisbane, I went to Yeronga State High School.  My drama teacher saw my talent, heard my voice. She took a video of me and sent it to Opera Queensland.   Opera Queensland gave me a scholarship for two years in Year 11 and 12 where an Opera Queensland singer came once a week to give me a lesson.

Afterwards, Australia’s Got Talent called me. My drama teacher had given them a video of me singing. We spoke over email and the phone, but because of COVID-19 the show is postponed. I'm waiting for them to give me a call back.

I survived.  You can too.

I want to say that if I can do it, if I survived, you guys can do it as well. I've had a really hard life, but I'm still alive.

I'm proud of myself because I’ve grown up a lot. I have become a better person.

I have had lots of tragedy in my life, some of them I don't want to talk about.  Right now, I'm writing a book about my experiences.

I have a message for all women around the world.

I have overcome many things in my life.  You have to always get back up, breathe and say everything is going to be fine.

On this International Women's Day, I want to mention my Mum and my sister. I want to say how much I love them. I miss them, but I still keep going.  I'm still getting up as a normal person and working hard to achieve my goals and my dreams. I do that for them. And I love them so much.

You can read more about Athena's work with Opera Queensland through this Guardian article from 2018.